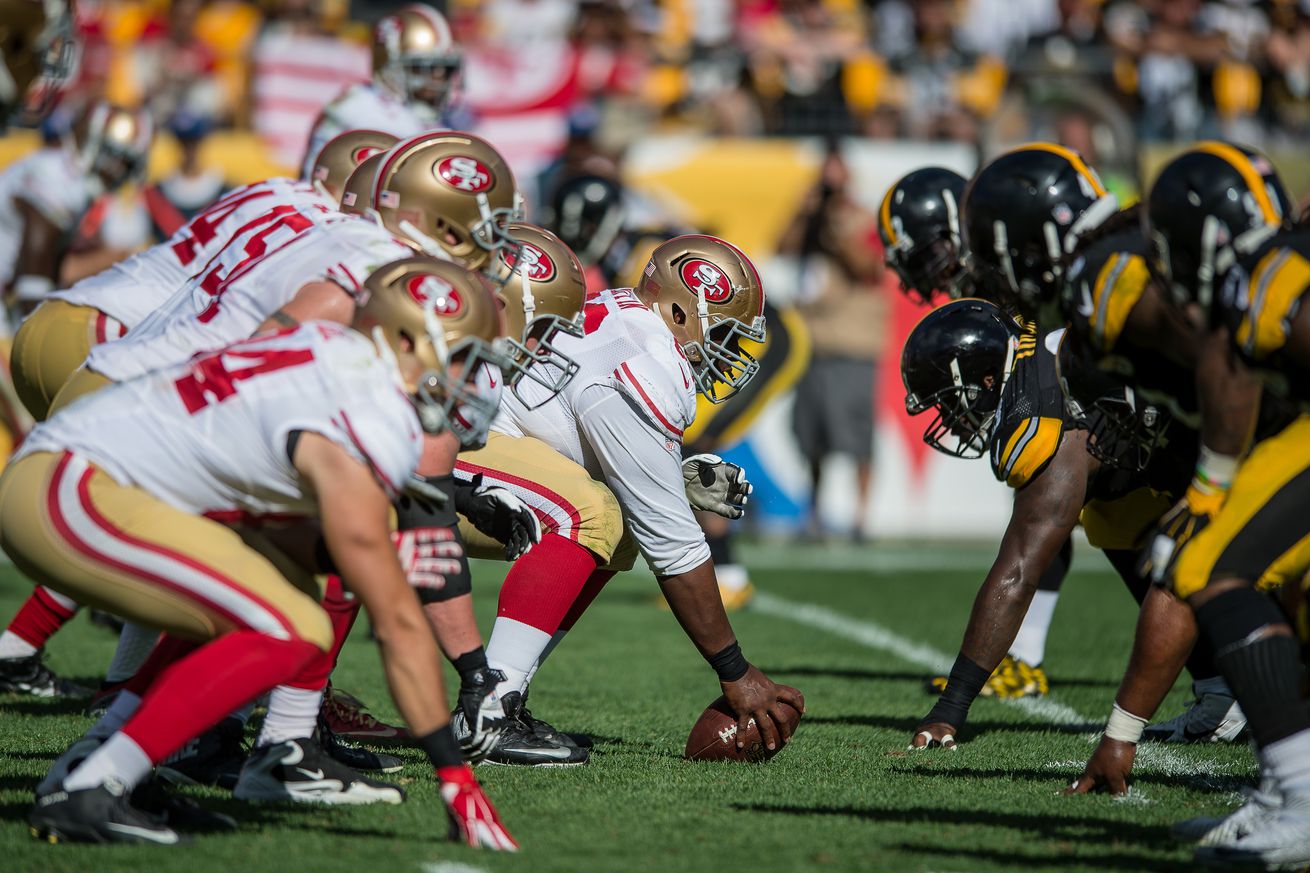 The San Francisco 49ers are ready to kick off their season with Week 3 which means it’s prediction time once again! This is going to be an P.M. game against the Pittsburgh Steelers

The predictions will include:

1. The first offensive play the 49ers will run/attempt to execute,
2. The first player on defense (not special teams) who will make a tackle, and
3. How the team’s first touchdown will be scored (if you think one will be scored).

Here are the ground rules for the predictions.

Offensive Play Prediction Guidelines: Try to be as specific as you can on what you think the 49ers’ first offensive play will be. Don’t just say “pass play” or “run play”. Instead, say “Garoppolo throws a slant route to Bourne for 7 yards” or “Tevin Coleman runs right side and picks up three yards.” You can also predict incompletions, interceptions, fumbles, touchdowns, and even a safety if you really think that will happen on the first offensive play!

Defensive Tackle Prediction Guidelines: Predicting the first defensive play is much more obscure, so this one is a simpler category -- project who you think will make the team’s first tackle that does not come on special teams or a returned interception/fumble.

First Touchdown Against Pittsburgh: If you do not think the 49ers will score a touchdown, then say “no touchdowns” as your answer. Otherwise, predict how you think the 49ers’ first offensive touchdown will be scored, along with the person(s) who will score. You can predict it to be on offense, defense, or special teams. If you predict a passing touchdown, name both the quarterback and the receiver.

Here is the template you can copy+paste for your comments:

Here are my predictions.

First Touchdown: Kyle Juszczyk on the one-yard line out of jumbo.

Fantasy football: Should you keep or cut these 7 players ahead of Week 4?

Tale of the tape: Breaking down the Cowboys 31-6 win over the Miami Dolphins in week three