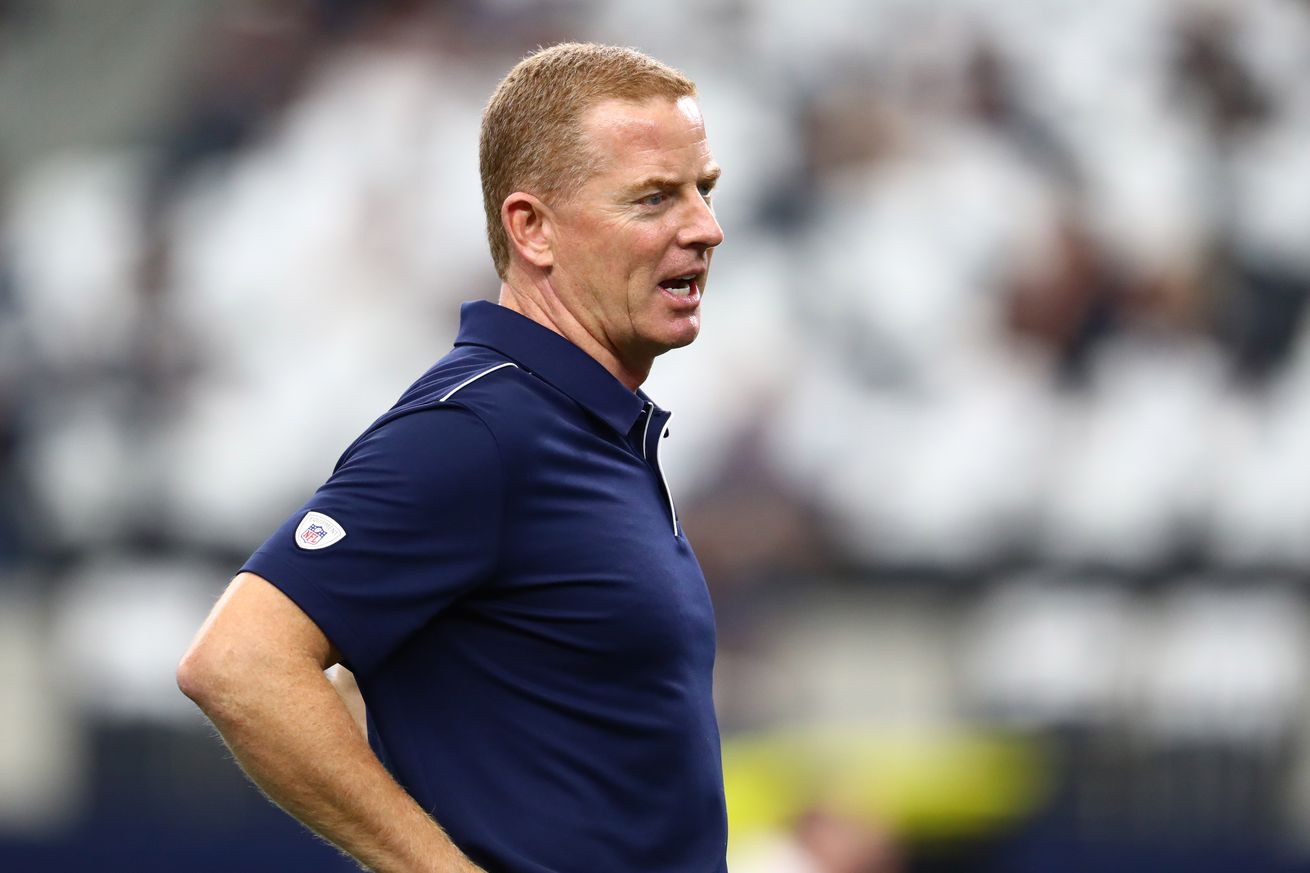 Coach Garrett met with the media on Friday.

Friday always brings us the last Jason Garrett press conference of game week when the Cowboys play on Sunday. Coach stepped to the podium and answered some media queries. (All answers are paraphrased and not actual quotes)

Taco being claimed by Miami

Jason Garrett noted that the Cowboy were happy for Taco Charlton to be claimed by Miami Dolphins and wished him nothing but the best. Considering the Cowboys are playing the Dolphins that makes things a little interesting, Jason Garrett said “not really.”

A lot has happened across the NFL over the season’s first two weeks, but Jason Garrett said the Cowboys are focused on themselves.

Coach noted that Tavon Austin is still in concussion protocol and that he doesn’t anticipate any of the guys who haven’t practiced this week to do so today.

The defensive linemen are versatile

Asked about Trysten Hill and if he has the ability to play both defensive tackle spots, coach said he did. He then went on to discuss how their defensive line is very versatile with guys who can play inside or outside. When asked whether they might bring up a defensive lineman from the practice squad, coach said they are unsure at this point.

Dolphins head coach Brian Flores comes from the Bill Belichick tree and the Cowboys will play both New England and the Detroit Lions (who are coached by Matt Patricia) this season. Garrett noted that you’re mindful of similar schemes but that you’re more focused on each individual opponent.

Cowboys definitely have size at receiver

Coach was asked about the Cowboys adding Ventell Bryant to the practice squad earlier this month and whether they could bring him up this week especially since he adds size to the WR room. Garrett was non-committal on any move, and did not agree that the Cowboys don’t have size at receiver. He said that Amari Cooper, Michael Gallup, and Devin Smith all have size. He did note that Bryant was a young, smart player who is getting reps on the scout team and he made some plays on tough catches in Cincinnati. When asked directly about adding a WR to the roster for the game, Garrett said that decision will be made after practice.

Holding has been a huge subject through two plus weeks of the season and Jason Garrett said that he feels like this is always a subject of emphasis. He said that the NFL came out and talked about it being emphasized and that the biggest thing the Cowboys have to do is try to play within the rules.